Take a look, if you can, to this picture.

It’s the view from an hotel widow in Shanghai, they call it «fog». And I think is the chance everything. Why? China is or going I to be the world first economy, and they have the power to change their country/civilization using the government power, because of the contamination they will use the law and government force to renew, migrate or replace all the transport vehicles in Shanghai, they are the only country who do a social en engineering, ie controlling births of girls & boys (I not OK with that), but if they have the power to control that so they can change from explosion motor cars and buses to electric cars, no matter which car the people have, they can force the people to change it, I know is not the best way but is a way to first fix the pollution problem and second create a new market, new technology and new power sources, USA who can do it by comercial and industrial experience but they can’t force the society to do it, but China can.

Transportation, Power Sources and Energy storage are the future and need a market, a real market not future market, and shanghai is the place to make it happend. Is the chance for Tesla motor, sure they have plans for that ;) 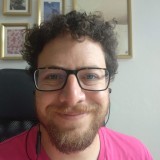 Una respuesta a «Pollution to change the world»